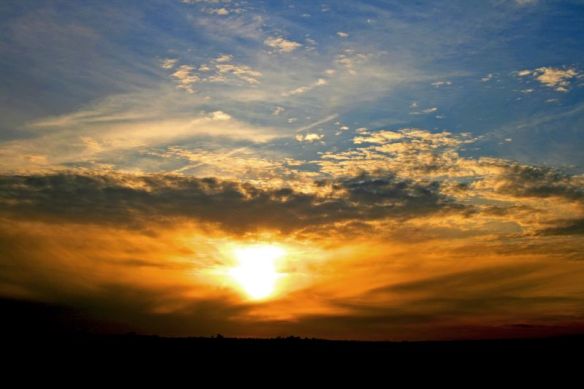 Okay. I promised a post about the post-9/11 big picture. This is not an exact science. If you ask several artists to paint the same landscape, you will get several perspectives of it. Ask several analysts to describe the post-9/11 world and they will paint different pictures of it for you. And, as everyone knows, the picture has been changing dramatically many times, sometimes shockingly, over the past thirteen years, since the Taliban and al Qaeda were booted out of Afghanistan at the end of 2001. So approaching this topic with some humility of mind is, I think, required. The past is history and only novelists know the future. Today’s picture may not be tomorrow’s reality.

In broad brush strokes, then, the current picture includes at least the following: the Middle East policies of the United States, European states, Russia, and Israel; diplomatic initiatives; military interventions; widespread internecine Sunni/Shia violence in Iraq; the “civil” war in Syria; the unresolved Israel/Hamas dilemma; heightening tensions between Arab states and Persian Iran; fears about Iran’s nuclear intentions; the rise and geographic spread of ISIS (Islamic State of Iraq and Syria); the plight of millions of refugees who have fled Iraq and Syria; and the forming of unbelievable political alliances to deal with threats such as ISIS.

The picture has become so bleak and is now running with so much blood that respected senior statesmen and military advisers have publicly alluded that social and political chaos in the Middle East is the new normal. There has, of course, been chaos in the world in previous eras, but this time, they say, it’s chaos with a difference. For instance, Zbigniew Brzezinski, a former U.S. National Security Advisor, said in Foreign Policy magazine that the chaos that has broken out is the kind that governments are less capable of handling than they were, say, during the aftermaths of the two world wars of the twentieth century.

Statements like Brzezinsi’s have been alarmingly heightened in meaning by statements from Chuck Hagel, U.S. Secretary of Defense, and General Martin Dempsey, chairman of the Joint Chiefs of Staff. With the rampaging hellhounds of ISIS having carved out for themselves large swaths of Iraq and Syria, holding key cites in both countries and continuing their savagery, a consensus has emerged in Western and Middle Eastern capitals that ISIS has become everyone’s archenemy.

Referring to ISIS (it now calls itself simply the Islamic State, or IS), Hagel recently said that “this is beyond anything we have seen.” ISIS is “beyond just a terrorist group.” They are an “imminent threat to every interest we have, whether it’s in Iraq or anywhere else.” (Joshua White, formerly a senior adviser in the Secretary of Defense’s office, and now at the Stimson Center, pointed out that the word “imminent,” as used here by Hagel, probably “signals justification of military force.”) Major General Paul Eaton, a senior adviser at the National Security Network, has said that the “ISIS foreign policy problem trumps other American interests in the world,” and so the Obama administration needs “to assign as its main foreign policy effort, the defeat of ISIS.”

ISIS may not be the main foreign policy effort of the United States but the defeat of ISIS is now a top priority. President Obama, John Kerry, the U.S. Secretary of State, and Hagel just spent time in Wales drumming up EU support to deal with ISIS. This includes, significantly, an anti-ISIS coalition of ten NATO states. In Wales, President Obama stated that the object is to “degrade and ultimately destroy” ISIS. Apparently, a plan will be forthcoming by the time the U.N. General Assembly convenes on September 14 in New York City.

Policy aside, General Dempsey’s recent language is quite revealing. ISIS, Dempsey said, has “an apocalyptic, end-of-days strategic vision [that] will eventually have to be defeated.” The word “apocalyptic,” of course, has a strong, ominous religious connotation. Coming closer to the religious mark, in my view, is no less a foreign policy heavyweight than Richard Haass, the President of the Council on Foreign Relations, who titled a recent article “The New Thirty Years’ War,” in which he explains that the conflict between extremist Sunni and Shia in the Middle East has now reached such a pitch of violence that it has become analogous to the devastating religious war between Catholics and Protestants in first half of seventeenth century Europe. Haass is the first high-level foreign policy expert I know of to publicly argue this, although in the article he does not ponder the implications very much.

The big picture in the region, then, is also a modern-day religious war between extremist Sunni and Shia in the region. It is a huge factor in what a secularized media and many politicians typically portray – employing a less volatile image – as a “sectarian conflict.” The implications are huge, and I want us to spend some time with this beginning in the next post.