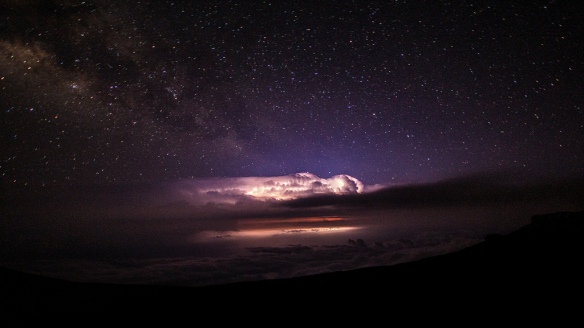 As we saw in the previous post, the religious dimension of violence in the Middle East among Muslims is becoming analogous to the Thirty Years’ War between Catholics and Protestants in first half of seventeenth-century Europe. That religious war included shifting alliances, blood-soaked fields, incredible suffering especially of the German peasantry, slow and halting diplomatic initiatives at peace, and the breakup of the Holy Roman Empire. It left much of Europe socially, economically, and politically devastated, as well as an aversion to religion that eventually entailed its removal as an official role in political power. “There are obvious differences,” Richard Haass wrote, “between the events of 1618-1648 in Europe and those of 2011-2014 in the Middle East. But the similarities are many and sobering. [And] as bad as things are, they could get worse.”

Yes, it could get worse. During the past decade in the Middle East, however, there were times when things seemed to be getting better. I am thinking here of the Taliban’s loss of political rule in Afghanistan, a shattered al Qaeda network, the promise of the Arab Spring, and the death of Osama bin Laden. But then the Arab Spring in Egypt was quashed by the Muslim Brotherhood and the military now runs the country. The Arab Spring in Syria was crushed by President Assad and the country plunged into a vicious civil war fueled also by militant Sunni groups from Iraq, including ISIS (an al Qaeda offshoot), entering Syria to fight against the Syrian government, which is supported by Iran.

When U.S. troops left Iraq in 2011, al Qaeda emerged in the country and bloodshed between Iraq’s Sunni and Shia populations escalated and has not ebbed. (Only a small percentage of Sunni – Shia violence in Iraq is reported on our evening news stations.) In 2013 Hezbollah militants (Shiites supported by Iran) entered Syria to fight the Sunnis. And in 2014, the religious militancy of ISIS, which now calls itself simply the Islamic State (IS), has made that of al Qaeda, which has disavowed IS, seem tame by comparison. (ISIS and al Qaeda are Sunni.)

So, yes, it may get worse. Beginning with the next post, and running for several more, I am going to offer a reader’s digest version of my research on the modern history of this religious militancy, and also share my conclusions, some of which may be surprising to many Americans.

One of the things that really puzzled me in the days following September 11, 2001 was the religious belief behind that day’s terrorist attack on the United States. I was born and raised just down the road from Dearborn, Michigan, the world headquarters of the Ford Motor Company. But Dearborn, one of Michigan’s largest cities, is also home to one of the largest Muslim populations in the U.S., and even though I grew up nearby, I never had much contact with Muslims. And because Dearborn was a quiet, middle class community, including its large Muslim population, I did not “get” the notion of Islamic militancy and 9/11. So in the aftermath, I began researching why people were saying that Islam was implicated in 9/11. Honestly, I was shocked at what I eventually discovered about what Osama bin Laden and his al Qaeda operatives believed. But having learned that, the social and political goals of ISIS, and its brutal violence, do not surprise me.

But let me add this caveat, which is so rarely reported by the American media that many Americans are ignorant of it. There is an ideological war occurring in Islam between scholars and imams of the Muslim reform movement (broadly so-called) and extremists such as al Qaeda and ISIS, who promote militant interpretations of Islam, and this is an internal struggle within Islam for the hearts and minds of Muslims in the Middle East.

There are many kinds of reformers, and I am only generalizing, but as I have written elsewhere (here and here), the reformers see Islam as a flexible, nondogmatic religion adaptable to the contemporary world while remaining faithful to Islam – not unlike many Western Christians feel about their faith. Some reformers even call for the separation of mosque and state. This growing Muslim reform movement must be kept continually in mind, and I may talk about it at times, as we work our way through the following posts on the nature and goals of radical militants such as ISIS, who see the reformers as apostates and enemies who must be killed.

The next post begins discussion on core beliefs of al Qaeda and ISIS.