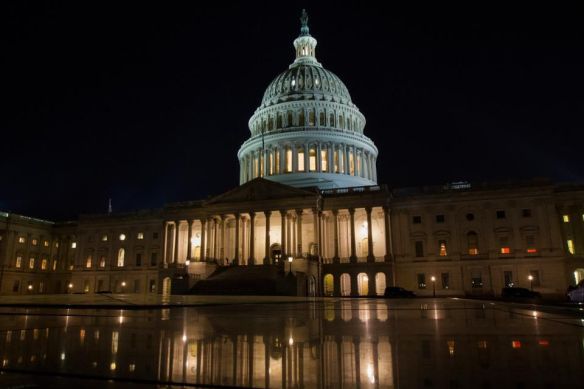 In his witty book The Devil’s Dictionary, the late nineteenth social critic and satirist Ambrose Bierce defined politics thusly: “A strife of interests masquerading as a contest of principles. The conduct of public affairs for private advantage.” He being dead yet speaketh. Certainly, politics in America today would be similarly defined by many people.

I thought about Bierce’s definition recently, after a long conversation with someone who wanted nothing to do with politics. His final words on the subject, said with great conviction, were, “I don’t believe in politics.” End of conversation.

Not long afterward I ran into someone on the other end of the spectrum, who told me, “I’m running for political office.” That reminded me of Noah Webster’s definition. The language reformer famous for compiling a comprehensive dictionary, and a near-contemporary of Bierce, defined politics this way:

“The science and art of government; the science dealing with the organization and regulation of a state, in both its internal and external affairs. The theory or practice of managing or directing the affairs of public policy or of political parties; hence political affairs, principles, convictions, opinions, sympathies.”

Seen that way, certainly politics has an essential role to play in the proper functioning of a city, country, state, or nation.

And yet we hear widespread disillusion of politics in sound bites across the land. “We need to fire this President and hire a new one.” “Government needs to be run like a business.” “They’re all a bunch of crooks.” “They just want your money.” “Government is the problem.”

James Skillen, the president emeritus of the Center for Public Justice (Washington, DC), and a leading political theologian of our time, has a lot of sympathy for people who are mad as a hornet at politics and want nothing to do with it. But he goes beyond sympathy to solutions. Skillen calls for us to rethink how we understand politics and government. This we can do, he says, if we take time to reflect on important, and often ignored, questions, such as what is government for and how should its responsibilities be properly exercised? And what responsibilities are we as citizens to have in political life?

As parents, managers, or educators, we don’t begin from scratch. From childhood we are situated in a cultural context and have absorbed, or been taught, ideas, values, and principles about parenting, managing, and teaching in that context. If we had lived in ancient Greece or feudal Europe we would have had quite a different view of these areas. In whatever age we are talking about, including in America today, we cannot avoid asking how should we responsibly engage in these areas?

Of political life, Skillen writes that one of our big problems is that we tend to think more in terms of what government can do, rather than what it should be. And he has thought long and hard about what government should be. His answer in The Good of Politics, is that we need to understand politics and government as “political community.” And he goes further, offering a vision for developing “just political communities,” whether they are local, statewide, or national.

In a just political community, he writes, echoing Webster, not Bierce, “Those who would aspire to become governing officials should be trained in the art of governance, the art of public service, the art of statecraft. As in other spheres of life, officers of government should be servant leaders, that is, public servants. And the politics of such a political community must be organized around the participation and representation of citizens who bear a responsibility for the common good.”

It’s a good vision, worthy of developing and acting on, whether we are fed up with politics or running for office or somewhere on the spectrum between the two poles. Anyone who cares about the good of this country should take Webster and Skillen up on it.

Charles Strohmer writes about politics, religion, international relations, and diplomacy. He is the author of several books and numerous articles.

This editorial originally published in The Mountain Press (Sunday, February 18, 2018).

A note from Charles: For more of the perspectives that Waging Wisdom seeks to present, try following the blog for a while, to see if you like it. You can always unfollow anytime. Just click here, find the “Follow” button in the right margin, enter your email address, and click “Follow.” You will then receive a very short email notice when I post a new article. And, hey, if you like this stuff, tell a friend! Thank you.