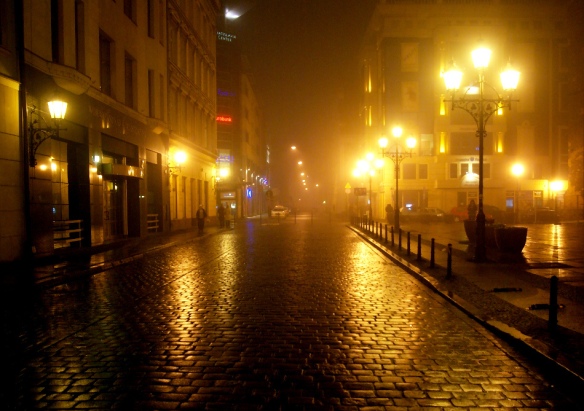 In the previous two posts we looked at the fascinating yet fairly secretive years of gingerly cooperation between the United States and Iran that began in 1997 and ended abruptly in 2003. Much of this history remains unknown to most Americans, including how in 2001 Colin Powell, as George W. Bush’s Secretary of State, sought and got Iran’s tactical help to work with the CIA, the U.S. military, and the Northern Alliance to oust al Qaeda and the Taliban from Afghanistan.

If you were the president of the United States, wouldn’t you to try to keep building on that cooperation? After all, President Khatami of Iran had seriously proposed to do just that. But when Iran formally reached out to President Bush in May 2003 to do just that, President Bush crudely snubbed Iran. In this current series of posts, begun here, I am arguing why I believe that the snub could go down in history as the worst foreign policy decision in the history of the United States. It was a needless decision, the outcome of a battle of giants over Iran that had been brewing inside the Bush White House since 9/11.

The evening of September 11, 2001, Secretary Powell and a team of his closest advisors worked through the night to produce a diplomatic strategy for Afghanistan, which became instrumental in getting Iran’s tactical help in Afghanistan to go after Osama bin Laden, al Qaeda, and the Taliban. Beyond that tactical help, Powell wanted to persuade Iran to move into a positive strategic relationship with Washington.

Trita Parsi, in Treacherous Alliance: The Secret Dealings of Israel, Iran, and the U.S., writes that Powell, Richard Armitage (Powell’s deputy), Larry Wilkerson (Powell’s chief of staff), and Ryan Crocker (a seasoned Middle East diplomat) had been working to build a proactive policy toward Iran, and they had incentive to push for a strategic opening with Iran after Iran’s tactical help in Afghanistan had paid off. But on Iran the Powell team faced ferocious opposition from Vice-president Dick Cheney, Secretary of Defense Donald Rumsfeld, and Deputy Secretary of Defense Paul Wolfowitz (a staunch neoconservative ideologue).

Flash forward to 2014.This year, President Obama has been chided from many quarters, including from his former Secretary of State Hillary Clinton, for what many are calling his “Don’t do stupid stuff” foreign policy. We can’t enter that discussion here, but I mention it because “Don’t do stupid foreign policy stuff” is an apt descriptor for what happened to Iran policy inside the Bush White House in 2002-2003.

Despite the successes of Powell’s diplomatic initiatives in getting get Iran’s help with Afghanistan after 9/11, President Bush began leaning increasingly on the advice about Iran from  Cheney, Rumsfeld, and Wolfowitz – all adamantly opposed to Powell’s push to get Iran into a strategic relationship with the United States. Bush himself would begin to scotch that possibility big time, when, in his January 2002 State of the Union address, he included Iran, with North Korea and Iraq, as part of his “axis of evil.”

Needless to say, the Iranians were shocked. In his book Confronting Iran, Ali Ansari writes that “few Iranians could reconcile themselves with the notion that they belonged in the same category as their old foe Saddam Hussein or the totalitarian regime in North Korea.” And what then took place inside the Iranian government ensured the break in relations. For there was a battle of political giants playing out in Tehran just as there was in the Bush White House. And, just as occurred in the White House, the diplomats in Tehran lost to the hardliners.

We’ll pick the story up there in the next post.