As we will see, Rumsfeld’s stacking of his team with neoconservative advisers at the Pentagon well-suited the militaristic foreign policy of the United States that emerged after 9/11. Many Americans at the time, and I admit to having been one of them, were unaware of neoconservatism as an approach to U.S. foreign policy or what that would mean militarily. And when we began hearing about it after 9/11, it seemed to have come from out of nowhere. Not so. The neoconservatives rise to power has a patient history tracing back decades.

I thought it would be good to look at its odd history, its leading figures, and its foreign policy influence, especially its militarism, in order to come to grips with its absorption into American conservatism today.

1930s-1950s. Francis Fukuyama, a former neoconservative thinker, wrote in America at the Crossroads: Democracy, Power, and the Neoconservative Legacy that neoconservatism traces its origins to “a remarkable group of largely Jewish intellectuals who attended City College of New York (CCNY) in the mid- to late-1930s and early-1940s, a group that included Irving Kristol, Daniel Bell, Irving Howe, Seymour Martin Lipset, Philip Selznick, Nathan Glazer, and, a bit later, Daniel Patrick Moynihan.” (In an email to me in July 2006, Fukuyama said: “even though I continue to agree with them [neoconservatives] on some issues, I don’t feel like I’m in their camp anymore.”) During the 1930s-1950s, this loose-knit group of liberal politicians, social scientists, and intellectuals belonged to the Democrat party, and the two most important ideas around which most of these liberal intellectuals coalesced, writes Fukuyama, was an intense anticommunism and opposition to utopian social engineering.

1960s. Things now get interesting. During the 1960s, this loose-knot Democrats began tightening around what they had concluded were a number of wrong-headed approaches to the most pressing issues of the decade. 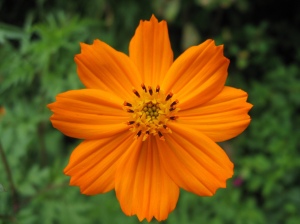 Domestically, they were rattled by flower power and by the decade’s social upheavals, fearing that America was becoming ungovernable. They were, however, sympathetic to domestic social reform, racial justice, and to tackling poverty – all of which were towering issues in the 1960s. But they did not like the way President Lyndon Johnson (a Democrat) was handling these issues, and they reproached him for the expansive government policies behind his Great Society program, which arose in 1964-1965 to deal with such issues and sounded a bit utopian to these Democrats. Irving Kristol, for one, believed “that poverty could be overcome,” but not by government gigantism, “only by gradual economic growth that brought with it greater economic opportunities for outsiders” (Murray Friedman, The Neoconservative Revolution: Jewish Intellectuals and the Shaping of Public Policy).

Regarding U.S. foreign policy, the group in principle was not opposed to international organizations, treaties, international law, and the UN, but their higher principle was that the United States ought to spread democracy in the world unilaterally. And they were serious supporters of Israel.

Key to understanding them for our purposes in this series of posts is that the group was strongly anti-communist. They loudly criticized what they perceived was the too-soft approach of the radical left to the Soviet threat, and their approach to diplomacy was more hard-nosed than what either realists or idealists practiced. They favored an aggressive agenda to Soviet expansion that included not only the promotion of American ideals, democracy, and free market economics overseas but also the rollback of Soviet expansion by military interventions. This went against the grain of all U.S. presidents during the Cold war era, as well as many other powerful Democrats and Republicans, who adhered to “containment” – the perennial U.S. policy of preventing communist expansion by means other than military interventions.

The group’s foreign policy in general made them unpopular with the political left, who criticized them for having left liberalism. It was during the 1960s the word “neoconservatism” began to be used invidiously by such opponents to describe the group’s move to the right and its emerging political philosophy.

In 1965, Kristol, with help from Daniel Bell, founded the journal Public Interest, which addressed questions about Democrat policy, such as urban renewal, law and order, education, and racial justice, and communism. “Led by Podhoretz and Kristol,” writes historian John Ehrman, “the neoconservatives used the pages of Commentary and Public Interest to warn against the dangers of radicalism at home and Soviet expansionism abroad” (The Rise of Neoconservatism: Intellectuals and Foreign Affairs 1945-1994.)