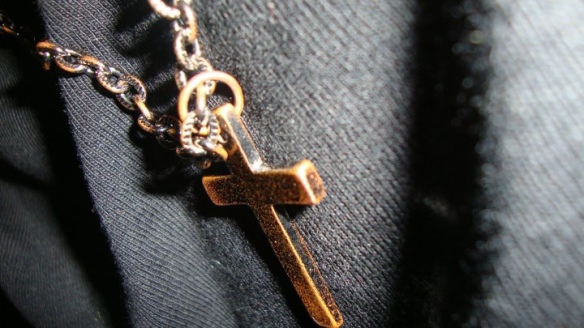 The politically correct (PC) world is organized around the principle that anything and everything is acceptable and everyone must accept that. In short, the PC world seeks to create a world in which there are no offenses (what the Bible calls sins). A huge bureaucratic hierarchy promotes and supports this goal across the spectrum of law-making – socially, economically, educationally, and politically. It is not possible, however, to create a world of no offenses through law.

The effort to try to purge human hearts from offending others through law cannot eliminate their alienating tendencies. The effort will in fact exacerbate those destructive tendencies, which are already implicated in the rising sectarian, adversarial, and conflicted relationships that exist between groups in our time. That a peaceful world could be created by that means is a project doomed to failure.

Forgiveness is redemptive. When that grace is at work in human hearts, as it is in the gospel, real remedies can be sought across the spectrum of life. I don’t doubt that any number of movers and shakers in the PC world hope that their contributions are accomplishing that. But since “it is through the law that we become conscious of sin” (Romans 3:20), the PC world’s law-making machine in effect makes human beings greater sinners than they already are: “I would not have known what sin is except through the law” (Romans 7:7).

To say it another way, PC philosophy is organized around the delusion of individual and collective self-salvation. It is seeking to create a world that has no need of the gospel, a world, in other words, that is unforgivable, for it would be a world of the unforgiving.

A note from Charles: If you want more of the perspectives that Waging Wisdom seeks to present, I want to invite you to follow this blog. Just click here and find the “Follow” button in the right margin, enter your email address, and then click “Follow.” You will then receive a very short email notice when I publish a new post. And, hey, tell some friends! Thank you.

1 thought on “The Unforgivable World”