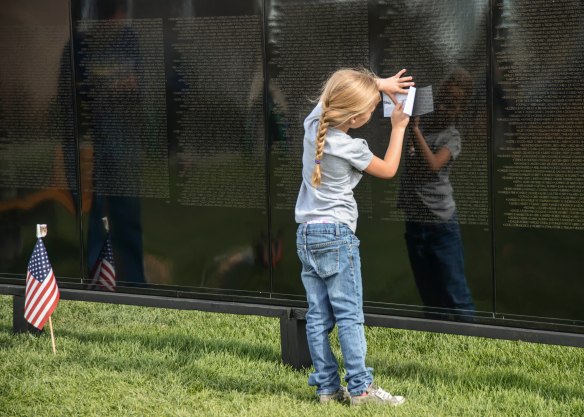 Two years ago a national poll conducted jointly by NBC News, the Wall Street Journal, and Annenberg showed that 71 percent of Americans believed that the Iraq war was “not worth it.” That was up from 58 percent a year earlier, in an ABC News and Washington Post poll. Today, if the Republican presidential candidates are any indication, even the GOP, including establishment figure Jeb Bush, believe that invading Iraq was a mistake.

They, as well as a large number of Americans, regret the war because they have learned wisdom from the war history of the past 13 years. They see the unrestrained blowback that began with the insurgency in 2003-2004 and the rise of al Qaeda in Iraq. They see that the ISIS horror show emerged from al Qaeda in Iraq and the historic humanitarian crisis that is a result. They see the unprecedented, multi-aspected costs, and much more besides. In other words, this large group sees the bad fruit and now regrets the war.

But why has so much gone so wrong? Well, that depends whom you’re asking. Generals? Foreign policy analysts? Presidential candidates? Economists? Journalists? Other experts? Each will propose good and sufficient reasons that must be included for a credible picture of what went wrong. But there is a more fundamental answer. It  comes from those ethicists, theologians, and religious leaders who deal with the moral problem of war. These are the “just war” theorists.

In 2002 and early 2003, many and diverse just war theorists, with the support of their constituencies, presciently argued that the George W. Bush administration’s rationale for going to war in Iraq did not meet the requirements of just war, therefore it was immoral and unjust and the United States could expect all sorts of unpredictable things to go wrong in the Middle East if the war was launched.

Unfortunately, little was made of this in the news media at the time, despite the fact that so many Christian denominations and other religious bodies were stating it formally in letters to the Bush administration, including denominations to which the President, Dick Cheney, Carl Rove, and Donald Rumsfeld belonged. An article by the theologian and political writer James W. Skillen, “Evaluating America’s Engagement in Iraq with Just-War Criteria,” shows very clearly why the U.S-led war about Iraq did not square with the five main principles of just war theory.

Just war theory brings a lot of gravitas to the question of “why diplomacy?”, which is the pressing political question of our time. Since President Obama took office in 2009, a very vocal, influential segment of American political commentators has been habitually critical of U.S. foreign policy in the Middle East. By and large, this is the same pack of pundits who supported launching the war about Iraq, and whose latent militarism today can be heard by anyone with ears to hear what their policy rhetoric about the Middle East implies.

Why diplomacy? Look at just the past two years, as Antony Blinken, Deputy Secretary of State, reminded Charlie Rose in a recent intervie

w. It was American diplomatic leadership that mobilized the world to fight ebola, that brought 66 countries together to fight ISIS, that led negotiations to the nuclear agreement with Iran, that brought Cuba in from the cold, and that led to the first peaceful democratic transition of power in Afghanistan. Of course none of this, Blinken added, “has happened as well as it should [or] as effectively as it should.” But, “You take the United States out of any of these pictures [and] it doesn’t happen. We are the single country that has the ability to mobilize and move others more than any other country.”

Why diplomacy? Diplomacy will not bring heaven on earth. Far from it. But diplomacy seeks solutions even to the most intractable international problems through means other than war. One of its indispensable purposes – dare I add, a purpose under God – is to prevent types of hell on earth such as the ISIS movement from materializing. Surely promoting the art of diplomacy is wiser than regretting the annals of war.

This editorial was first published in The Mountain Press, Sunday February 21, 2016.  Charles Strohmer writes frequently on politics, religion, and international relations. He is the author of several books and many articles and is the founding director of The Wisdom Project.

A note from Charles: If you want more of the perspectives that Waging Wisdom seeks to present, I want to invite you to follow this blog. Just click here and then find the “Follow” button in the right margin, enter your email address just above that button, and then click “Follow.” You will then receive a very short email notice when I publish a new post. And, hey, tell some friends! Thank you.