Regular readers of this blog will know that I post periodically to raise awareness of a truly remarkable initiative called the Cradle of Christianity Fund, which focuses on bringing short, midrange, and long term aid and support to the neediest Middle East refugees (chiefly those who have not benefited from UN relief). I hope, then, that you will be as moved to action as I was with the following article by Phil Reinders. His wisdom and pastor’s heart have combined here to address what the UN has called the “mega-crisis” of our time, straining the world’s relief efforts. C.S.

The Refugee Crisis: Make It Personal
by Phil Reinders

I’m a follower of one who began his life as an asylum seeker. I’m a member of a family of faith whose history stretches back to Abraham, and is summarized in refugee terms: “my father was a wandering Aramean.” The God who has called me has this penchant of binding up his life with those who are on the margins, with the vulnerable and the weak. To take on the name of Christ, then, is to bind your life with the plight of those very same people.

So it is no surprise that Jesus calls people to a care and compassion for others, regardless of the differences and circumstances. Every person who takes on the name of Jesus isn’t afforded the option of turning away from outsiders. In fact, our very reputation and the name of Jesus is wrapped up in that sort of generous care. “Listen also to the immigrant who isn’t from your people Israel but who comes from a distant country because of your reputation … do everything that the immigrant asks.” (I Kings 8:41ff)

The plight of refugees has never been more stark, obvious and in your face. And, no doubt, the complexity of the situation is vexing: the instability of Eastern European and Middle-Eastern political climates, the risks and dangers of radicalized jihadists, the sheer scale of the need.

So what do we do? Listen to the refugee-Jesus, where we find the simplest, clearest of wisdom. “So in everything, do to others what you would have them do to you, for this sums up the Law and the Prophets.” (Matthew 7:12)

But that sounds too basic for this crisis, too simplistic for global geopolitical problems, right?

I’m convinced that the Jewish carpenter is actually the wisest, smartest being to live, and so I’m persuaded that his deceptively simple words are actually the wisdom of the ages, something that is meant to play out in personal relationships and between global neighbors.

It’s often called the Golden Rule, and thought to be another version of something repeated within different religious streams. And while a semblance of it is seen in other religious contexts, what Jesus says is unique and transformative. We see forms of this Golden Rule in eastern Confucianism, where Confucius urges, “do not do to others what you would not wish done to yourself.” Among Greek philosophers, the Stoic Epictetus said, “What you avoid suffering for yourself, seek not to inflict on others.” Socrates wrote: “What stirs your anger when done to you by others, that do not do to others.” And in rabbinic Judaism, Rabbi Hillel said, “What is hateful to you, do not do to anyone else.” These versions are both negative and passive. Avoiding or refraining from something I would not want done to me is a different standard of action than actively pursuing the thing I wish for myself for the sake of the other, which is the life Jesus invites into.

The brilliance of Jesus’ wisdom for how to respond pretty much to any situation is this: make it personal. The gold standard for moral action is to remove it from abstraction, from the pointed-finger deflection of “what others should do,” and from the resigned shrug of “it’s too complex so let’s leave it to the experts.” Instead, Jesus makes us the authority on how to respond to our friends, neighbors, and global, geopolitical issues: do to others what you would have them do to you.

Forget the professors, pundits and policy wonks; check your own heart. 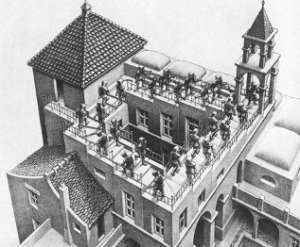 For a moment, as best as you’re able, enter into the story of a refugee. If it was your home that was riddled with bullets and bomb fragments, your neighborhood a rubble, with neighbors and extended family killed; if you had no money because the local economy was devastated due to the instability; if your children went to bed hungry; and if you made the sane but crazy decision to get out of Dodge and walk to wherever was safe, how would you want to be treated?

If you were stuck for years in the purgatory of a refugee camp, watching your children sink into the despair of a hopeless future, facing some Escher-like bureaucratic government approval process, how would you want to be treated? If you lacked all access to a flourishing life, far from any semblance of home, dependent upon the goodwill of others, how would you want to be treated? Think of the hopes refugees have for their lives and for their families. Imagine the fears that dominate their lives? Then think, “if I was in that person’s shoes, what would I want?” What would you hope for from foreign countries and governments when yours was corrupt or impotent to do anything to help you?

See what Jesus is doing? He taps into our own natural, God-given instinct to care for ourselves but then pulls the most liberating, redemptive move. He takes that inward-looking instinct but pivots us outward, redirecting all those good instincts for care and protection towards the other. Whatever we hoped and wanted others would do for us, he now commands us to go and do that for others.

And did you notice the first words: “in everything.” That’s a pretty comprehensive scope. Don’t try to limit this wisdom for small-scale issues. “In everything.” This is not a kindergarten lesson in niceness. It is the wisdom of the ages, saving us from inward-focused fear and self-absorption, aligning ourselves with the grain of the universe, which is God’s self-giving love, his fondness for the least, the last, and the lost.

A refugee is not a problem but God in disguise. They are a gift for anyone who carries the name of Jesus, helping us to know the meaning of that name and calling.

Phil Reinders, who pastors a church near Toronto, blogs here.

To support The Cradle Fund.

Top image courtesy of the Institute for Global Enagement.