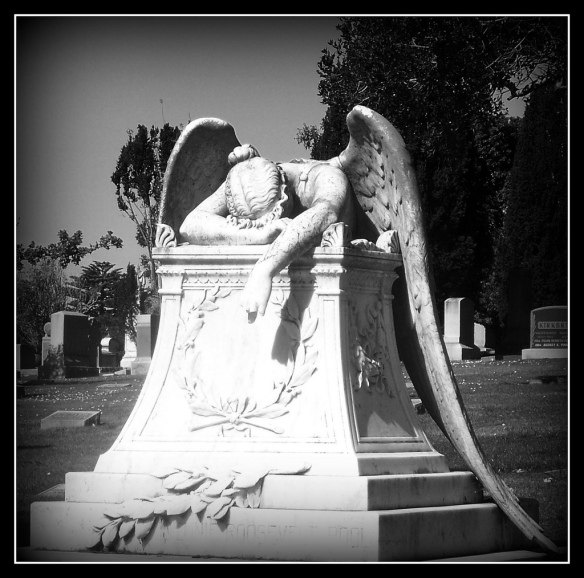 My eyes are spent with tears,
My heart is in tumult,
My being melts away
Over the ruin of my poor people.

Remember, O Lord, what has befallen us;
Behold, and see our disgrace!
Our heritage has passed to aliens,
Our homes to strangers.

We have become orphans, fatherless;
Our mothers are like widows.
We are hotly pursued;
Exhausted, we are given no rest.

I think it’s pretty difficult, probably impossible, for most Westerners reading this to feel the human anguish and hopelessness being uttered in this cry from the book of Lamentations. I know I can’t. I have never been driven from my home to Who Knows Where by the tip of a spear.

But perhaps it is possible to gain some compassion. Think about where you live. Now think about what it would be like for you and your family if an invading army arrived in your town today and pounded on your door, leaving you no choice but one of four options. You can stay if you convert to our religion. You can stay and keep your religion if you pay us an unreasonably large sum of money every month and submit to other intolerable forms of oppression that we have in store for you and your family. You can flee. Or you can do none of those things and be martyred for your faith. And, by the way, if you want to flee, you’ve got to go now!

The Bible is not silent about human beings suffering in extremis – Lamentations is but one of many such narratives. And neither is the Bible silent to those of us who live many physical and emotional distances away from those suffering in extremis. From cover to cover it calls us to compassionate responses to do what we can as good neighbors. It is a love for the suffering that is central to the message and example of Jesus Christ.

Chris Seiple, a friend, and the President of the Institute for Global Engagement (IGE), is now back from his fourth trip to the Middle East in the last seven months, where he and his teams have been traveling to listen and learn firsthand from people who have fled the destroying paths of ISIS (the rampaging militants of the self-described Islamic state). Then building on that personal knowledge from those who have fled, and from talking with their long-term partners in the region, IGE has taken significant next steps.

Working closely with its patrons and trusted partnership, IGE developed the Cradle of Christianity Fund, a remarkable initiative that has been delivering essential aid of all sorts to the region and is now meeting the humanitarian needs of more than 100,000 people who have fled ISIS. The suffering of these families is acute. Not a few have seen family members murdered by ISIS militants, and many of those who have fled are still living in tents and other makeshift shelters.

In a recent article in Christianity Today, Chris writes movingly about the Christian refugees he has met. “Last summer, they fled with nothing but the clothes on their back. A year later, that’s still all they have. Basim Alqassab, a Nineveh Plain Christian now in Amman, told me, ‘We live without salaries or hope of return to our homes. Our hearts feel fatigued and distressed with sadness and injustice.’”

That cry of lament from the region is just one of others that Chris writes about in his article. “We Americans,” he reminds us, would do well to remember that “these Christians are the original church. They are in the cradle of Christianity. They are from the part of the world where the Good News was born and raised from the dead.”

In another of Scripture’s anguished narratives, the Exodus, we are told that the people of Israel “groaned” under punishing abuse and “cried out” for help. God “heard” their cry, “saw their misery,” and told Moses, I’ve “come down to rescue them.” Chris, his team, and his partners in the region can be our eyes, ears, and tongues for the displaced families, who need rescue. 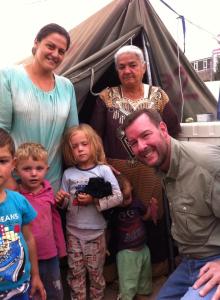 Last autumn, when IGE launched the Cradle Fund, my wife and I and some friends began trying to be good neighbors to the displaced families, such as through prayer and contributions to the Fund. I have also written occasionally about this rescue operation as it has progressed in significance in the region. If this is your first time hearing about this remarkable initiative, check out this post, which describes why and how it began. That post will also refer you to other links for much more information, including how to support the Cradle Fund.

Chris also blogs about his trips, sharing what he calls “raw, unedited, and inspiring” stories and pictures. And do read his CT article, where he also reveals a Three R strategy – rescue, restore, and return. It’s a long-term strategy, which Chris admits makes it both “simple and complex.” But it is one that people can all participate in at various levels “so that safety will return to Christians and other religious minorities in the Middle East.”

The cries of lament coming out of the region have not ended. As Chris wrote elsewhere,  making clear a conviction many hold but are afraid to admit: “It seems that the situation in Iraq and Syria will get worse, before it gets worse.” But we don’t have to wait for the bullets to stop flying to be good neighbors. The Cradle Fund engages in the vital work of rescuing and repairing damaged and broken lives, and we can help ease their suffering.

To support the Cradle Fund.

Above lines from the book of Lamentations taken from the Jewish Study Bible: Tanakh Translation

Angel of Grief image by tksummers (permission via Creative Commons); other images courtesy of the Institute for Global Engagement.

A personal note from Charles Strohmer: If you want more of the perspectives that wagingwisdom.com seeks to present, I want to invite you to follow the blog. Simply click here wagingwisdom.com, find the “Follow” button in the right margin, enter your email address just above that button, and then click “Follow.” You will then receive a very short email notice whenever I publish a new article. And, hey, if you really like it, tell some friends! Thank you.

2 thoughts on “The End of the Cradle Christians?”