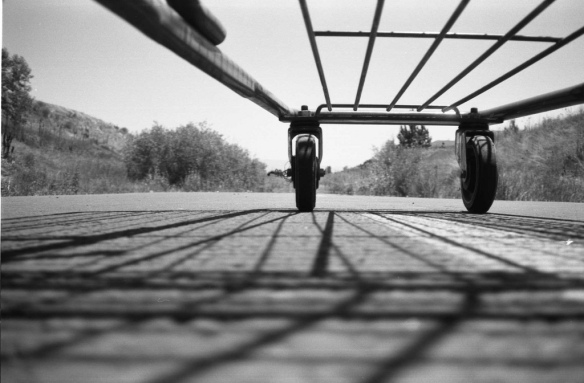 In this current series of posts, begun here, I am trying to recall for us, as individuals and as a nation, what we were thinking on September 11, 2001 and in the days and weeks immediately following. As I have been writing this I have been wondering about how many people can actually recall how “the apocalyptic acts of fury” (Kanan Makiya) impacted them as individuals, and I have been thinking about the jumble of mixed messages that we were getting as a nation.

Further still were the selective ways that the White House and Congress chose to deal with the crisis. We are experiencing the ramifications of many of those decisions today, 12 years later, and I want us to consider the wisdom of these decisions in future posts. But here I want to talk about the jumble of mixed messages, which were pulling us is all sorts of different directions.

As individuals, we would never be the same – or so we said. Suddenly life was fragile and personal problems trivial. We would change – or so we promised ourselves, if not others. Such humility even from many talking heads was as refreshing as it was astounding. Those days, you could hardly watch seasoned journalists or foreign policy experts being interviewed and not hear them stop to recount an epiphany about why they would now be more caring toward family and others. Even interviewers would stop to say this about themselves. Not a few were even heard questioning cherished beliefs they held about God and the human race. The same was heard among us lesser mortals. We would no longer be selfish, or rude, or frivolous, or materialistic, or decadent. We would be warm not cold, real not pretentious, loving not ill-willed. We had changed.

Another message was that of war. The nation was at war, President George W. Bush announced to us and the world, a war on terrorism. “Our enemy,” the president explained, “is a radical network of terrorists, and every government that supports them…. And we will pursue nations that provide aid or safe haven to terrorism.  Every nation, in every region, now has a decision to make. Either you are with us, or you are with the terrorists.” Well, then, here was another way in which life would be different. But how, precisely? 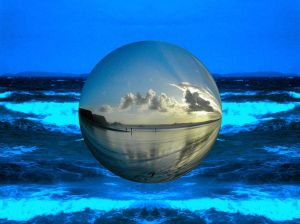 Further, many thoughtful people were arguing that to describe the terrorist acts of 9/11 as an act of war might be a category mistake, and so we should be very careful, here, because the attacks were not carried out by a nation but by a militant group of non-state actors known as al Qaeda and led by Osama bin Laden, a terrorist and not the leader of a nation. As this argument went, a more useful metaphor than war is crime and, despite the enormity of the attack and the damage and loss of life, dealing with bin Laden and al Qaeda should be a police matter for the international community.

What was it, then, an act of war or a heinous crime? Deciding between the two would determine what response was just and what kind of sacrifices the nations would need to make. Either way, we all knew, carried with it some clearly dreadful implications about buckling up for the abnormal life that seemed sure to lie just ahead for us. Yet there was another message still. This message not only contradicted that of any sacrifices we were sure were now going to demanded of us by our leaders; it also subtly communicated that collective introspection and conversation about American itself, which had been slowly and cautiously emerging, should end.

President George W. Bush, who, in the days immediately following the attacks said and did some smart things, was also saying that America was “open for business” and asking for everyone’s “continued participation and confidence in the American economy.” At most other times, such rhetoric would go down well enough. But when heard during those days it was interpreted by many people, rightly or wrongly, as a call to “get back to normal” and “go shopping.” Pardon? The Times of London called the attack The Day that Changed the World. Yet we are to get back to normal? Are we being told to ignore the “war on terrorism” that had suddenly been declared and go shopping?

Thoughtful religious and non-religious commentators saw through that rhetoric. Here are just two poignant examples. Brian Walsh, Christian Reformed chaplain of the university of Toronto, in an editorial in re-generation, put it this way:

“America is open for business. Does this sounds like a callous and irrelevant comment under such circumstances? Not at all. You see, the forces of chaos will not triumph because the forces of salvation are stronger. And salvation is found in an ever expanding global economy…. The president knows, his cabinet knows, the guy on the street knows, and we all know, deep down, that things will never be the same again.”

The writer Susan Sontag penned this in The New Yorker:

“Our leaders are bent on convincing us that everything is O.K…. But everything is not O.K…. The unanimity of the sanctimonious, reality-concealing rhetoric spouted by American officials and media commentators in recent days seems, well, unworthy of a nature democracy…. Let’s by all mean grieve together. But let’s not be stupid together. ‘Our country is strong,’ we are told again and again. I for one don’t find this entirely consoling. Who doubts America is strong. But  but that’s not all America has to be.”