“If we shall not have two states we shall have one conflict. And neither them or us should condemn our children to fight all their lives.” Recent words from Israel’s outgoing president Shimon Peres, who is leaving office at the end of this month. He was speaking to television journalist Charlie Rose at a synagogue in New York City, during an emotion-packed trip last week to the United States.

Peres is 90. His service to Israel spans the entire 66 years of the state’s history. He has worked with 10 U.S. presidents, labored for 40 years for a peace deal with the Palestinians, and seen Israel sign peace treaties with Egypt and Jordan. “I am leaving office,” he said in Jerusalem before he left for the U.S. “But I am not leaving the battle for peace.” Nor should we.

We have been looking into the distant past of the old-world Middle East (the story of Moses and Jethro), to consider the wisdom of impartial justice as vital to peacemaking. Peres’s remarks gives us a moment to pause and reflect on the current Middle East, specifically on peace between Israel and the Palestinians.

A gut-wrenching sense of impartial justice has for decades gripped the majority of both domestic populations. Both have recognized that neither side is going to attain perfect justice in a peace deal. Both have been willing, against great odds, to compromise and to show an inordinate amount of collective patience to reach an equitable solution. Both have absorbed acute pain and suffering, hope deferred, and tragedies of death as a witness to their strong, common commitment to a negotiated settlement. There may be a more poignant present-day illustration of two peoples seeking peace with each other, but perhaps not.

“A two state solution is not an empty desire,” Peres told Rose, as he then immediately reminded the synagogue audience about Moses. Moses, Peres noted, said that all people are equal and that nobody is superior or inferior because all are made in the image of God. 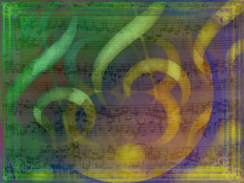 The perennial drive for a negotiated peace in the Middle East is truly remarkable. I believe we can find a lot of wisdom about it in what James Skillen calls “symphonic justice.” Skillen, president emeritus of the Center for Public Justice, has been a public theologian and a policy adviser for more than thirty years, working with elected officials, advisers, and others on both sides of the aisle in Washington DC to create and implement just policies and agreements for the common good. Some years ago, during some conversations we had about justice in this world, Skillen explained that he had been thinking about justice as symphonic.

“I was trying to find an image,” Skillen said, “to capture the sense of a larger communal whole. When a maestro conducts a symphony, which of course the composer ‘heard’ in his or her head first, the symphony depends on each instrument doing its own work in keeping with its own distinctive character, and as close to a perfected art as possible. There can be no reduction of all instruments to some homogeneous totality. The very nature of musical meaning is that it is precisely many distinctive sounds (on the scale) and many distinctive kinds of instruments (playing with each other), blending, doing counterpoint, and all the rest to produce something greater than the sum of the parts.”

Picking up on Skillen’s analogy, Gideon Strauss, executive director of the DePree Center for Leadership at Fuller Seminary, wrote that before we vote for political candidates we ought to ask whether they are committed to helping our communities and institutions toward a more symphonic justice. “In a symphony orchestra, there are a multitude of instruments, each with its own tone and timbre. The conductor, working off a common score, makes room for and sets limits to the unique contribution of each section of instruments so that the variety of voices and melodies, rhythms and tones do not result in either an anarchic cacophony or a monotonous conformity, but instead produce a rich and beautiful harmony.”

Strauss, an adviser to portions of the 1996 South African constitution, goes on to argue that a “government has a responsibility to make room for and set limits to the great variety of persons, communities and institutions subject to its authority, so that each can flourish according to its inherent and unique potential, while interacting in peaceful and mutually beneficial harmony.”