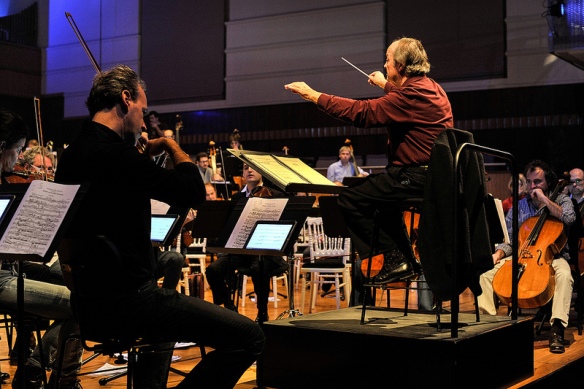 Gabe Lyons, the founder of Q Ideas, did a pretty outlandish thing for a Christian leader. He invited imam Feisal Abdul Rauf to a large Q Gathering in Portland, Oregon, in April 2011. Concerned about the heightened tensions between some Christians and Muslims in America that had not subsided since the previous summer, due to the ground-zero mosque controversy, Lyons knew that lack of understanding can be at the root of unnecessary relational problems. He simply wanted to interview the imam, a peaceable Sufi, and “get understanding” (Proverbs 4:5).

In a thoughtful article written in response to the ground-zero mosque controversy, Lyons had asked, “Can you imagine a future where Muslims and Christians would work alongside one another in our communities to fight for justice, care for the poor, and offer hope to those in need?” He cited the work of Eboo Patel, an Indian Muslim, American citizen, and founder of the respected Interfaith Youth Core, headquartered in Chicago, which works with Christians and Jews on community projects in many cities. Not long afterward, Lyons invited Eboo Patel to give the Q version of a TED talk.

To Christians who questioned his decision to hang with Muslims, Lyons in his article replied, “The longer I live the more I’m inspired by the life of Jesus and the way He was able to sit down and converse with people who were so unlike him.” Amen, brother. We need more such outlandish behavior.

In the series that just ended, we have looked at outlandish ways in which in Jesus the sages’ peaceable way of wisdom gets taken up in the love of God and transformed into the gospel-shaped wisdom for loving not only one’s neighbors but also one’s adversaries. It is a bold wisdom, one much easier to give the nod to than to personally practice, or at least practice without being misunderstood by co-religionists, as Lyons discovered even in the openly receptive audiences of Q. One reason for this, noted in a previous post, is because Jesus taught and modeled this wisdom in-person so long ago, in a culture so different than ours, that today, in twenty-first century America, the ways in which Jesus shocked their imaginations may not even startle us. If that is true, then much that is in the Gospel record may not even speak to us today.

So I have often wondered how Jesus as a teacher of wisdom would “stab us awake” [William Barclay] were he among us in the flesh in America today. What would he say, to us? How would he require us to conduct ourselves, today? Previously,  I hinted at one possible act with Stephen Sizer’s Parable of the Good Palestinian. You see, I think Jesus might, in his own wise way, want to call attention to how tightly, whether consciously or not, we hold to American attitudes and allegiances that conflict with his gospel-shaped peaceable wisdom. To put it in biblical language: How much of our social and political wisdom, for example, depends on the basic principles of this world rather than on the wisdom based on Christ?

Jesus liked to asked questions of his interlocutors, and I suspect that is a way Jesus would shock us today. Even to those of us who pride ourselves in being worldview sophisticates and Christians with a biblical worldview, Jesus, were he standing amid us today, might begin by asking something like: Through what grid, really, do you ultimately interpret domestic and international issues and events, or support policies, or engage with your political opponents or those of other faiths? Blue? Red? Liberal? Conservative? Democrat? Republican? Libertarian? Catholic? Orthodox? Protestant? The mainstream media? Talk radio? NPR? The blogosphere? American Exceptionalsim? Christian Zionism? Bashing others? I’m sure the questions would continue.

For those of us who stuck around to ask Jesus to help us work it through, we would find on offer a direction in life that deeply relied on his peaceable gospel-shaped wisdom. You want what’s best for your society? Then act on that, Jesus in effect said to his audiences in Palestine, and you will learn how to have community with people from different backgrounds. And perhaps someday you will even disciple nations this way. Is his message any fundamentally different today?

In our post-9/11 world, this certainly must mean exorcising from our praxis allegiances to the voices, values, and attitudes that conflict with that peaceable wisdom that comes from above (James 3:17). The red and the blue and so on. Does this seem strange to us today? I hope so. Upon hearing it and seeing it demonstrated in ancient Palestine, people “were amazed at his teaching, because he taught them as one who had authority, and not as their teachers” (Matthew 7:29). Dumbfounded, they asked, “Where did this man get this wisdom?” (Matthew 13:54). Where, indeed? And how may we today become agents of that wisdom ourselves?

2 thoughts on ““IF YOU SMILE AT ME, I WILL UNDERSTAND””