Was Jesus a philosopher? Before he became president of the United States the first time, George W. Bush seemed to think so. In 1999, when running for the Republican nomination for president, he was asked by a TV journalist: “Who is you favorite philosopher and thinker?” To which the then governor of Texas unhesitatingly replied, “Jesus Christ.”

Philosophers and thinkers dating back centuries have had views on the question. Suffice it to say that is has evoked negative and positive answers from the learned and others. Even as far back as the New Testament book of Acts, the apostle Paul is seen debating representatives of major philosophical schools in Athens. And it can be argued, I think truly, that the question was addressed in the striking prologue of John’s Gospel, as the answer to what Greek philosophers were grappling with regarding Logos. 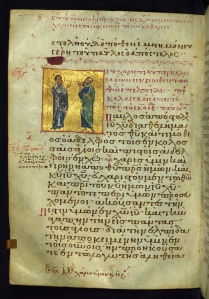 For those who like this stuff, as I do, a short, readable book with the nifty little title On Jesus, by Doug Groothuis, is worth reading. Groothuis, a professor of philosophy at Denver seminary, and an old friend, I should probably add, employed the classic philosophical areas of metaphysics, epistemology, and ethics to argue that Jesus was a unique kind of philosopher. But he concludes that the Gospel record does not present Jesus as merely a philosopher, or a healer, or exorcist, or a teachers, and so on.

A philosopher at heart with a passion for wisdom, I found myself challenged with the question around twenty-five years ago, when I began to get seriously into teaching and writing about a wisdom-based way of seeing life and living in it. (If you want a quick idea about a biblical use of the word “wisdom,” that is about as tight a one as you are going to get: a way of seeing life and living in it.) I became quite happy, and probably a bit conceited, when it occurred to me that the word philosophy means “love of wisdom.” But that does not come across in English as it does in the Greek: philo (love) + sophia (wisdom).

There are many ways we could take this, but let’s go this way. Follow me now. This is merely a short post on a fascinating idea, so I’ve got to cover a lot of ground quickly here. But at least you will have the start of a roadmap, which you can come back to, reflect on, and then go places yourself from here.

Let’s start with wisdom as “a way of seeing life and living in it”; or, alternatively: “a way of making sense of the creation in order to live in it effectively.” Now think of philosophy as “a love of wisdom.” There are only two places in the New Testament where philo+sophia is used. One is in Acts 17, where the apostle Paul debates Epicurean and Stoic “philosophers” (Acts 17:16-32). There, he relies on the resurrection of Jesus (although he does not use Jesus’ name) to radically challenge the religious ground motives of their philosophies. (Not unlike John’s challenge in his prologue, with his use of “Logos.”) The other is Colossians 2:8: “See to it that no one takes you captive through hollow and deceptive philosophy [philo+sophia], which depends on human tradition and the basic principles of this world, rather than on Christ.”

The passage in Colossians is often incorrectly interpreted to mean: Have nothing to do with philosophy whatsoever, when it is actually warning about a love for philosophy that is not based on Christ. The implication is: It’s okay to be taken captive by a love of wisdom that is based on Christ. But that meaning is hidden by the English word “philosophy” in the text. This conclusion is supported by previous verses, where the text explains that it is in Christ “in whom are hidden all the treasures of wisdom [sophia] and knowledge” (Col. 2:3), and that it is to proclaim this that the apostle is “admonishing and teaching everyone with all wisdom [sophia]” (Col. 1:28).

It would take much more space than we have, here, to explore the richness of this. But having started you down a road, I’ll leave you with a few more signposts. Make your own paths from here, by reflecting on the biblical addresses. Many people ask, What is philosophy? Here is my simple definition by way of comparison, which is a key category of the wisdom literature. “Theology is way of thinking about God; philosophy is a way of thinking about the world. ” This, I believe, is what the Bible typically means by its use of the word “wisdom.” And that squares with wisdom as “a way of seeing life and living in it,” “a way of making sense of the creation in order to live in it effectively.”

Try reflecting on the “wisdom” verses, above, and the following verses, by using the definition of wisdom just given. In 1 Corinthians 1-2, Paul repeatedly contrasts two ways of seeing the world and living in it; that is, he denigrates “the wisdom of the world” as opposed to “the wisdom of God.” And this is the place where Paul indicates that Jesus is “the wisdom of God” (1 Cor. 1:24), God’s way of seeing the world is Jesus’ way of living in it. What the apostles John and Paul are on about is having a love that sees life and lives in it consistent with Jesus as Logos.