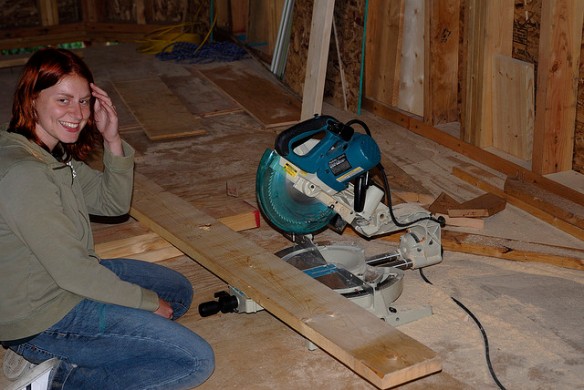 This is the third of three posts of personal stories that illustrate internal obstacles to following wisdom’s peaceable paths amid diverse cultures. The previous two posts focused on Christian – Muslim – Jewish relations in the larger context of U.S. – Middle East relations. But obstacles also exist, of course, outside of that context. So I thought we would look at one story about that here.

Personal struggles with the implications of actually following wisdom’s peaceable (shalomic?) paths amid human diversity is in fact everyone’s perennial challenge. We all know this. It is just sometimes hard to admit the truth of it. It is easy for the like-minded to be cool, calm, and collected among themselves. But what about when all different kinds of people are engaged in a community project to improve their neighborhood? Any hope there? In the context of community diversity, cooperation in proximity with others who do not look or sound or live as will be challenging.

When there is a community project that we are all trying to accomplish together, the challenge to be wise, productive agents of shalom in proximity of diversity may at times mean abandoning as unpromising some social or ideological, or even some religious, ways of thinking about other people that have become second nature to us. Especially when the implications of changing hit us. We may balk at that.

Some years ago an old friend of mine, Pastor Mike Osminski, and some of his friends, planted a church in an impoverished, mixed-race neighborhood on the border of Detroit. They had been part of a White, middle class suburban church, and they had a strong desire to “bring their resources” to help heal that broken neighborhood. They found a building near Eight Mile Road and things seemed to be going pretty well for the church’s mission until its embedded, White middle class religious views got in the way of furthering the reach of shalom. The church then faced the difficult choice of either holding to its existing theologically-driven values and practices and risk closing its doors or ditching the limiting bits of its religious views and do mission a different way.

It took them several painful years to sort this out, while the leaders chose to go with furthering shalom instead of hanging on to some question-begging theology – a situation further complicated when key people left the congregation. Making the changes was one thing; living out the implications of the changes for the church’s mission was quite another thing. It was only after the changes were made and their implications felt that some people balked and left.

Since then, however, the church’s mission has been having considerable, multi-dimensional impact on improving the neighborhood, including getting City Hall to pitch in. Further, in 2013, the church made the pages of Christianity Today as a key actor in a large and powerful network of urban and suburban Christians, called EACH (Everyone A Chance to Hear), which is working to bring shalom into many of Detroit’s impoverished neighborhoods through an impressive array of very practical initiatives.

Today, diversity in community has become more normative than ever, making the challenges to healing human brokeneness more demanding than ever. Like it or not, the world today holds all of us, each in our own way, inescapably in fulcrum of struggle through which, by our actions, we will be known either as wise or foolish.

Patience, humility, and prudence will be required when we are seeking to be empowered by wisdom to explore and develop ways of seeing and doing that are more pluralistically cooperative and peaceable. Efforts will be demanding and results often experimental. And it may take a long time, shepherded by carefully orchestrated effort, even to realize modest progress, especially amidst storms.