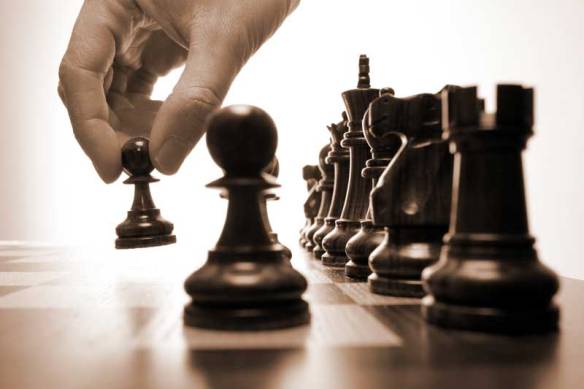 This is the second of three posts of personal stories about internal obstacles that may inhibit following wisdom’s peaceable paths amid diverse cultures. The previous post contrasted two guest preachers in the context of Christian – Muslim – Jewish relations. This post sticks with that context to discuss what I call the “But what about?” objection.

I run across this dynamic frequently, and there are two kinds of it. One is the genuine kind. It is a response raised from someone who is seeking a good answer to the concern he or she has raised. It is often the next question in a chain of reasoning that a person is working through in hopes of breaking through to a wiser understanding of a situation, to gain a more informed opinion.

The other kind is, shall we say, disingenuous? This kind of “But what about?” objection is more of an interjection whose real purpose is simply to stop a conversation on a topic from going further. It’s a great ploy if it works. They party assumes that their “objection” carries the gravitas of a definitive case against your position, and that when you hear it you will understand this to be true – so what more need be said on the matter?

I run across both kinds in my work on improving Christian – Muslim and U.S. – Mideast relations. Here’s just one brief example, a typical one. But first this caveat. A “But what about?” objection is relative to the questioner’s intention. That is, is the “objector” seeking further enlightenment or merely intending to shut down further progress on the issue?

I once had a very long conversation with a financial counselor about how the wisdom norms of peaceableness and human mutuality could enable Christians and Muslims to dispel bad feelings and work together. It wasn’t an easy conversation. He was smart and pretty well-informed on  Christian – Muslim tensions. He knew what the problems were, and he wasn’t sure if there were answers to them. I have had to work through these issues myself over the years, so as he posed the problems I answered them as best I could, by sharing how breakthroughs had occurred in my own thinking.

Toward the end of the conversation he seemed to be getting a bit uncomfortable and said, “But what about the Qur’an? It commands all Muslims to fight non-Muslims.” Well, as I said, we had been talking for a long time, and he tossed in that bombshell “objection” as we were winding it down. So I mumbled something like, “That’s huge issue. Let’s pick is up next time. I think I can answer it, but it would take too long to do properly that now.”

A few days a latter, I received an email from him, asking me to listen to certain a Web video because “it represents the view I hold.” So I listened. The video summarized, in a fairly scholarly way, actually, the notion, widespread in America, that the Qur’an commands all Muslims everywhere to practice violent jihad (war) against all non-Muslims, until Islam rules the world.

Videos like that one are not uncommon on the Internet. Now I am fully aware of the history of violent jihad and have written a major, journal article on it. I am not “soft” on this matter, and perhaps in some future posts we could discuss this. Here, I just want to say that the view promoted by that video omits talking about the countless Muslims around the world who do not turn to violence and war from their reading of the Qur’an, any more than Christians do from their reading of the Bible.

Further, many respected Muslim intellectuals, imams, and leading muftis are working very hard in their fields – in mosques, think tanks, universities, books, conferences, community projects, and international relations – and with Christian and Jewish leaders and organizations – to promote practices and projects for mutual good. Whether through ignorance of this or vested interests, however, the video I watched did not include anything about that either. It hardly needs to be said that these Muslims leaders are not relying on a violent understanding of Islam, the Qur’an, or shariah. And they have the ear of ordinary Muslims everywhere.

I mentioned all of this in my email reply to the financial counselor, and I said that these videos have contributed to a such a great fear of Muslims among many Christians that they have become afraid even to think about having a relationship with a Muslim. I concluded by saying that, as a Christian myself, I did not think that that was a gospel-shaped response. For at the logical end of that fear, even peace-loving people are left hanging on the horns of a dilemma: to choose between being conquered or to engage in violence or war to try to prevent being conquered. This is a classic example of the fallacy of a false choice – either one or the other unacceptable option.

If, then, a “But what about?” interjection remains unanswered, it may easily limit what can be peaceably imagined between people who are different, even by people who hate conflict and war and who want peace – even by people seeking wisdom.