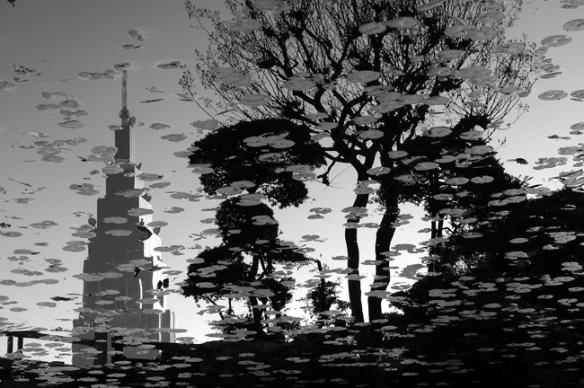 In the previous post we looked at the rise of Islam during its beginning years, in Mecca and Medina, especially the difference in Muhammad’s religious-political methodologies in the two cities. In this post we will look at Sayyid Qutb’s curious interpretation of Islam’s history, especially what he seems to have indicated was the fall of Islam. In the next post we will look at Qutb’s radical solution to that fall and how it influences ISIS and al Qaeda.

The Fall of Islam. According to Sayyid Qutb, the arrival of Islam in the Arabian peninsula in the seventh century was God’s solution to “the secular vs. the sacred dichotomy,” (“the hideous schizophrenia”), that had spread throughout the world. Implementing that solution would end the sacred vs. secular dichotomy by making the religion of Islam the rule for all of life, including political life. Qutb wrote in Islam: The Religion of the Future (IRF), that “the secular vs. sacred dichotomy has never been postulated in Islamic history, nor can it ever be.” The problem, however, as Qutb saw it, was that totality of what he often called “true Islam” “true religion,” that is, God’s total rule, was only implemented for a short while before Muslims themselves caught secular vs. sacred virus.

In other words, according to Qutb, after the widespread Muslim conquests during Islam’s first century – in and around the Arabian peninsula across north Africa and into Spain – Islam was able to spread only so far, geographically, because Muslims no longer adhered to the unitary Islamic vision of Muhammad and his companions. Instead, the Muslim community and its leaders, with few historical exceptions, continually fell prey to idolatry. They allowed false gods to rule many aspects their public lives, just as Jews and Christians before them had done, by not complying with what Qutb thought was God’s vision for all of life.

For Qutb, the solution for Muslims was to return to the original unitary vision. And the secret for achieving this lay in following Qutb’s interpretation of the Mecca and Medina period. “For thirteen years after the beginning of his Messengership,” Qutb wrote in Milestones, “[Muhammad] called people to God through preaching, without fighting … and was commanded to restrain himself and to practice patience and forbearance. Then he was commanded to migrate [from Mecca to Medina], and later permission was given to fight.” The is a key tenet to understanding Qutb’s thought as well as that of militant organizations such as al Qaeda and ISIS.

In Muhammad’s journey from religious prophet to political ruler to military conqueror, Qutb saw two essential attitudes or phases. (1) During the Meccan period, Muhammad held his warriors in check under intensive study of the Qur’an only. This was a time when Allah cleansed them inwardly and they received “initial stages of training” from “that one source of guidance” (the Qur’an). (2) Only after having achieved spiritual purity through such cleansing would victory be granted when the warriors went out to conquer and subdue (Milestones, chapter one). Qutb was insistent on this, and it lead him to a third non-negotiable point: Every failure to establish Islam’s totalitarian rule was the result of premature fighting, that is, of military jihad before sanctification.

This interpretation of Islam fit neatly within Qutb’s general view of world history as manifestations of the sacred vs. the secular dichotomy. According to Qutb, Muslim history, for the most part, had picked up the bug, for which the only solution was an injection of Muhammad’s (lost) original vision for implementing God’s totality rule over all of life. And the only way to get that injection was through a return to the purity of what Qutb believed was Islam’s original vision.

But Qutb did not stop with theory. As we saw here, he recognized the connection between theory and practice, ideas and actions, belief and behavior. So he challenged the Muslims of his generation to get with it. Writing voluminously from his prison cell in Egypt during the 1950s and 60s, Qutb called for a new breed of Muslim leadership – a purified, cleansed vanguard that would fight the flood of idolatry and implement “the religion of God,” by which he meant “the Islamic way of life” (IRF). “Only then with the hideous schizophrenia come to an end” (IRF). “The religion of Islam is the Savior” (IRF).

In the next post we will look at the role that “jihad” plays in Qutb’s vanguard movement.   Osama bin Laden, who, like Qutb, had no formal religious training from any Islamic seminary, is the most infamous jihadist pioneer to date. Bin Laden’s revolutionary al Qaeda movement is the most battle-hardened, and ISIS is an offshoot.