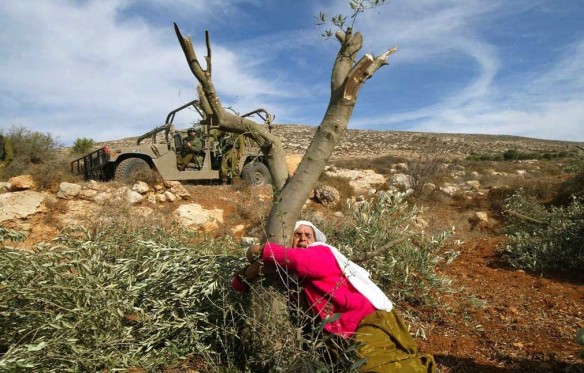 As a foreign policy, the theology of Christian Zionism is counterproductive to a negotiated Middle East peace. It is tone deaf to the cries of a large majority of Israelis and Palestinians, who, hoping against hope, continually strive for an equitable peace in the land through a political solution. The land is one of the four recognized keys to a political solution between Israel and the Palestinian government. The others are the settlements, Jerusalem, and the return of the Palestinian refugees. Let’s briefly consider just the land.

Palestinians and Jews have a profound sense of historical and religious attachment to the land. At extreme ends of the spectrum are Jews and Palestinians who claim the land completely for themselves. In between these extremes are the majorities of both peoples who, favoring a political agreement, are willing to share the land in a just and equitable way.

For nearly half a century, UN Security Council Resolution 242, shorthanded as “Land for Peace,” has been a central tenet of negotiations in final status peace agreements between Israel and its neighbors. It was a crucial principle in Israel’s peace treaty with Egypt in 1979 and with Jordan in 1994. A “land for peace” formula is also a basic political tenet in Israeli – Palestinian negotiations. I do not want to enter, here, into the critical debate that surrounds this principle in those negotiations. (It will be obvious, however, that a land for peace formula is unacceptable to those who want the land solely for Israel or solely for the Palestinians. Equally obvious is the monkey wrench thrown into the works by that Israel’s ongoing West Bank settlements.)

Instead, I want to point out that insight from the Bible from Israel’s point of view and with Yahweh’s blessing is available for wisdom-based negotiations about the land. I want to stress this for Christian Zionists, for whom the Bible is the ultimate source of authority in this world.

In the book of Ezekiel, the prophet, in the spirit of jubilee, is recorded as speaking Yahweh’s intention for the land. The Israelites are to “allot it [the land] as a heritage for yourselves and for the strangers who reside among you, who have begotten children among you. You shall treat them as Israelite citizens; they shall receive allotments along with you among the tribes of Israel. You shall give the stranger an allotment within the tribe where he resides – declares the Lord God” (Ezekiel 47:22-23; The Jewish Study Bible: Tanakh Translation). (I want to thank Calvin Seerveld for drawing my attention to this passage, but the following thoughts are mine, not his, so any mistakes are my bad.)

The significant phrase “treat them as Israelite citizens” – the NIV has “consider them as native-born Israelites” – indicates that allotments of land are to be given – with God’s blessing – to those who reside in the land who cannot meet a requisite qualification of first being an Israelite. The line about the progeny of the non-Israelites is equally significant. (1) It protects them by clarifying and strengthening the thought of settlements in the land held well into the future by “strangers” (Hebrew: gerim). And (2) it precludes land-grabbing by Israelites from the non-Israelites who reside in the land. Today we might call this something of a housing market policy.

In short, the text establishes the principle of permanent settlements in the land by both Israelites and non-Israelites, and with God’s blessing. Aside: Ezekiel may be expanding on Leviticus 19:33-34: “When a stranger (ger) resides with you in the land, you shall not wrong him. The stranger who resides with you shall be to you as one of your citizens; you shall love him as yourself; for you were strangers (gerim) in the land of Egypt: I am the Lord your God.” Note that this text, too, ends with the signature of Yahweh. As a Levitical priest, Ezekiel was certainly skilled in the use and application of Leviticus.

I’m just thinking out loud here, but with some creative thinking from today’s religious and political leaders in the Middle East Israel, would not the acceptance and outworking of this text in the Middle East help to eliminate the psychology of exclusionary othering that hinders the land for peace formula?

Of course, of course. This is not to wave a magic wand over the peace process. I have merely wanted to point out to Christian Zionists just one illustration of how the Bible may be legitimately relied on to support a policy that does not oppose the ethic of Jesus, which is clearly evident in the life of Jesus as a teacher of wisdom in ancient Palestine. In my view it is much wiser to spend one’s time pondering creatively with the Bible in this way, rather than destructively with Christian Zionism as a theology of war.

Books on “the land” that you might want to read: The Land: Place as Gift, Promise, and Challenge in Biblical Faith, Walter Brueggemann; Whose Land? Whose Promise?: What Christians Are Not Being Told about Israel and the Palestinians, Gary M. Burge; Whose Promised Land?: The Continuing Crisis over Israel and Palestine, Colin Chapman.