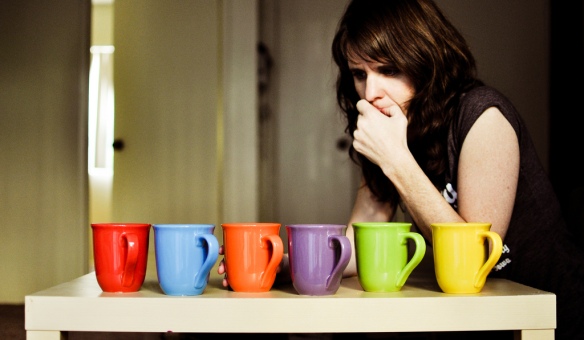 One of the most distressing dynamics among close colleagues of the same faith or political persuasion can arise when the sticking point of one colleague now means that he or she must diverge from the unity that has been built up among the group. This is particularly true over a big issue. You find yourself at an impasse: “I can’t go with the group on that. I’ve got to go another way on the issue.” The clear departure from what has become the norm for the group may really rock the boat, say, of a particularly crucial church project or public policy, especially if it is a prominent leader who has swerved from what was expected to be unity on the plan of action.

In the three previous posts, we have seen that four devout Jews (Daniel, Hananiah, Mishael, and Azariah) who were officials in the Babylonian government had the same sticking points about their schooling, their diet, and dream interpretation. But these four close colleagues may have had contradictory sticking points on two stunning policies. I am going to speculate a little, here, but there does not seem to be anything in the text that weighs in against what may be imagined here.

One of the two policy events, unfortunately, has been somewhat trivialized in a children’s Bible lesson called the “Tale of the Fiery Furnace.” It is, in fact, as we might say in today’s lingo, a story about religious intolerance (Daniel 3). In short, King Nebuchadnezzar has built a huge statue of gold in the plain of Dura and everyone is required to bow down and worship it. All goes well until Hananiah, Mishael, and Azariah (to use their Jewish names) make quite a public display of refusing to bow, even when given a second chance. In a fit of rage, Neb has them bound and thrown into a “burning fiery furnace” – perhaps the same one used to refine the gold? But God steps in and saves the three men. The king watches this all take place and is so moved by the rescue that he offers a doxology to The Most High God.

Question: Where was Daniel? What was he doing when his three friends were trussed up and thrown into a roaring blaze? Wasn’t he among all the government officials on the plain of Dura? The text is clear that the king had summoned all of his officials. So why wasn’t Daniel thrown into the roaring blaze? Did he bow to the statue? If so, he clearly had a different sticking point on this matter that did his three Jewish friends. If so, it makes one  wonder what that conversation among the four was like! 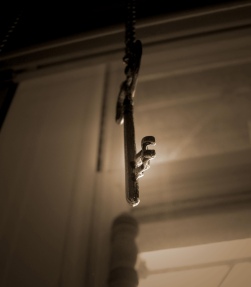 One day, however, the roles are apparently reversed, as seen in another famous children’s Bible lesson called “Daniel in the Lions’ Den,” which is really a story of political jealously (Daniel 6). Very briefly, Daniel is now a leading cabinet official in the government of King Darius, who is thinking out loud about making Daniel prime minister over the entire nation. But Daniel’s political enemies are jealous and plot to frame him as a corrupt politician.

When they cannot find any evidence of that, they seek to have him executed on religious grounds. So they con Darius into enacting a religious law of the land that they know Daniel will not obey, and he will have to be executed. Now the king really likes Daniel but he twigs to the con job too late. He deeply regrets that Daniel refuses to obey the new law, but he has no choice in this matter. He sends Daniel off to die and he is “thrown into the lions’ den.” But when God sends an angel to save Daniel, Darius is overjoyed and offers a doxology to “the living God who endures forever.”

Question: Where were Hananiah, Mishael, and Azariah? What was their position on the new religious policy? Did they obey it? If not, why weren’t they also thrown into that den of hungry lions? Or perhaps it wasn’t a sticking point for them, as it was for Daniel.

Nowhere does the book of Daniel, as far as I can tell, preclude us from considering the “Where was?” question I have proposed. The text leaves open the possibility that Daniel, Hananiah, Mishael, and Azariah had contradictory sticking points – as devout Jews and close political allies – on two huge issues at the heart of their religious-political lives.

As I see it, the agency of wisdom left them free in their consciences to believe and act as they would – as the pagan kings’ doxologies put it: To God be the glory.