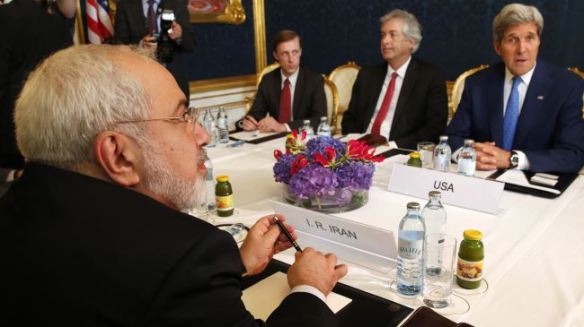 You only have to glance at news headlines in recent days to see that the nuclear deal with Iran raised as many tough questions as it solved. Jubilant Iranians in Tehran danced in the streets after the April 2 announcement while Iranian hardliners criticized the deal. In America, Republican presidential hopefuls were everywhere in the media voicing their opposition while President Obama explained his support of the deal to Thomas Friedman at the White House. In Israel, some editorials cautiously favored the deal while Benjamin Netanyahu stated plainly that the deal threatened Israel’s survival. The mix of opinions and emotions ranged far and wide and the wrangling won’t go away anytime soon.

Now that a solid interim agreement on Iran’s nuclear program has been reached between Iran and the P5+1 nations (the United States, United Kingdom, France, Russia, China, and Germany), the parties will bump along toward the June 30 signing deadline. As they do, during the next twelve weeks you’re going to hear high-level critics and defenders of the deal abuzz in the media, locked in a fiercely pitched verbal battle arguing their cases and trying to increase public and political support for their side.

Behind all the pushing and shoving, of course, is the question of whether this is a good deal? We all want to know the answer to this. And the only way to know – let’s be honest – is to understand the nuts and bolts of the agreement. But let’s face it, most of us don’t have the specialized technical and scientific nuclear training required for that kind of knowing. Even if we did, it will only be after the signing, perhaps well into the future, before we will know whether this was a good deal. The unpredictability of domestic and international politics, if not the intentions of a signatory, can scuttle even a good deal after it has been implemented. And there are other possibilities. The signing deadline might be pushed into the future or it may never take place.

Meantime, before June 30, as the final very technical details are being resolved (that is the goal), you will be hearing from supporters and naysayers about issues such as the upsides and downsides of the inspections, the break-out time line, the sunset clause, sanctions relief, Iran’s ballistic missiles, and an array of other strengths and deficiencies of the agreement. We will also be hearing that the deal doesn’t do a thing stop Iran from bankrolling terrorism or from quashing human rights. But diplomats, negotiators, and deal signers know that you’ve got to start somewhere.

Who, then, are we to believe? What are we to think about this? It seems so murky. And what about trusting Iran? But the deal is not based on trust, President Obama said, but on an “unprecedented verification” inspections regime. Everyone will have to make up their own mind about the agreement. My advice during the coming weeks would be to listen chiefly and carefully to the hopeful but cautious supporters of the agreement who also admit to and discuss its weaknesses. Ignore the critics who have nothing good to say about the agreement.

No deal is going to cover all the bases, never mind being perfect. And if in the end, Iran’s Supreme Leader, Ayatollah Khamenei, who has the final say, does not accept it, the deal will not be signed by Iran. Despite all the uncertainties that remain, what we’re getting is far batter that what anyone anticipated when the current round of serious, high-level talks commenced in February 2013. (Diplomacy is often protracted, intense, and boring, with deals emerging after all-nighters and a lot of coffee. Iran and the P5+1 have been in various levels of talks about Iran’s nuclear program since June 2006.)

What we’re getting is basically an arms control agreement. Iran has agreed to scale back its nuclear program in exchange for sanctions relief. If the agreement is in good measure successful, it will be historic, not only because it would help usher Iran back into the community of nations or because it would be a giant step toward ending the thirty-five-year-old cold war between the United States and Iran.

If successful, the framework of the pact could also be used to break the pattern of nuclear proliferation that has been taking place since World War Two (think India, Pakistan, North Korea). Thinking paradigmatically, the agreement with Iran could be a template for preventing nuclear proliferation. And that would be historic.

There are only two options to this deal. One option is increased and stricter sanctions, which would destabilize the region even more. The other is bombing Iran’s nuclear facilities, which would certainly be the prelude to another U.S. war in the region. So there is the stark reality: the deal, stricter sanctions, or war. Given the likely ramifications of the latter two options, this agreement is a significant accomplishment and probably the best alternative. 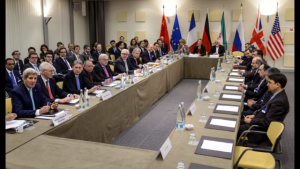 There are good and sufficient reasons, therefore, for welcoming this arms control agreement, despite its imperfection. Differences remain on both sides and must be resolved for the June 30 signing, and both sides want to see the deal improved in their favor before its signing. So much wrangling will take place around the table also. Who knows what the outcome of this final stage of negotiations will be? Only novelists know the future.

It is not the done thing in foreign policy circles to ask for prayers. The secularism of the circle rules that out. But if you are a praying person, you might want to pray that the agreement will be successful. It seems like a reasonable deal. The space that the diplomats have worked tirelessly to create for the world on this crucial issue is so much better than an Iran with nukes.

Outcomes cannot be guaranteed and troubling concerns will remain unanswered on June 30. But wisdom has a vital interest in seeing international relations established on mutual ground for mutual good amid their diversity. Wisdom is better than weapons of war.

Here is the full text of the April 2 agreement.

Here is a series of in-depth posts – they start here – about what turns out to be the surprising history of U.S. – Iran relations since 1979.

A personal note from Charles Strohmer: If you want more of the perspectives that wagingwisdom.com seeks to present, I want to invite you to follow the blog. Simply click here wagingwisdom.com, find the “Follow” button in the right margin, enter your email address just above that button, and then click “Follow.” You will then receive a very short email notice whenever I publish a new article. And, hey, if you really like it, tell some friends! Thank you.

2 thoughts on “An Imperfect Nuclear Deal with Iran: What Else?”